#5 in the Guys that DO STUFF BLOG

Ok, you have seen press on Chopcult.com about this guy recently, but I am not sure enuf can be said about one of the hardest charging, yet humblest dudes I know. Tyler Malinky of Lowbrowcustoms.com. Tyler has taken a business as a sign painter and turned it into a world powerhouse of motorcycle parts sales. But that aside, Tyler just has this wierd attitude about him. He works on motorcycles!!! He told me once, well I am gonna sell Harely parts on my site, so I better learn to work on Harleys. So he hauls off and is building a Panhead. Last year he made a freakin Bonneville dream come true by building and racing his own bike at the Salt Flats. You don't know how many times I have heard that guys are gonna do this and just never seem to get around to it. You know why? Beacuse it takes a major, major commitment to build a Bonneville bike. It takes a sack full of 6 pound nuts, damn it!! I built his motor last year, but you know what? He is building a whole nother bike this year and doing his own motor!!! The dude rocks, LowbrowCustoms, truely where the action is. 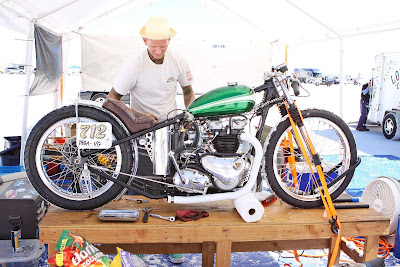 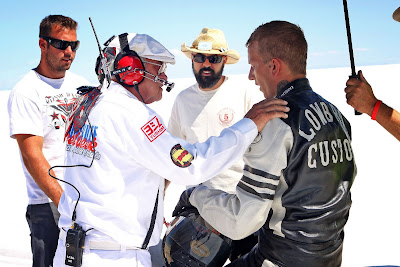 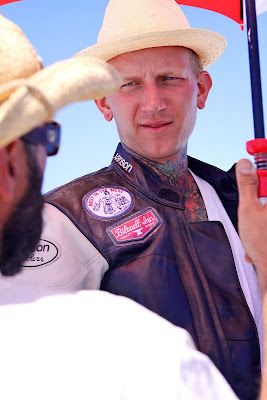 I been trying to update my blog more often. I figured nobody cares about them, but my internet savvy friends say do it more often. So I checked out some other people's blogs to get some ideas and I came up with some depressing news. Most blogs SUCK!! Not because they are not updated, but because they are updated with crap. Seems like for the most part two kinds of bloggers exist. Those that post a bunch of random pics of the past and present but never really do anything except...well, post a bunch of random pics of past and present. The "my favorite lunch spot" legend in your own mind blogger comes to mind. "Ooooo, look at the hamburger I am having, it is the BEST hamburger on the planet and I, I, I am so cool, way cooler than you, for eating it. Don't you wish you could be me and eat this burger?" Then there are those that post a bunch of pics about all the cool shit THEY are doing. Cause they seem to be the only thing going in Po-dunksville, Nowhere where they live. "oh look at the cool bike I am building, look how IMMMMMPORTANT I AM." "I am gonna have ten bikes for sale at the Born Free show so you can buy a bike from me that sucks, but is cool cause I say it is cool. Watch for updates on MYYYYYYY bikes and how cool I am."

So anyway, I decided I might just look like the other dipshits out there if I post too much about what I, I, I, (ME ME ME) am doing. So here goes, the Wes White blog series about guys who are DOING shit, not just posting copius pics of 70s bikers and other dumb crap.

1) David Bird: David has probably been welding since before there were TiG Machines. He makes Hardtails and full frames for Triumphs and Yamahas and sidelines in freakin hotrod chassis (chassi?). He rocks and he has a bunch of jigs for the stuff he does. I been to his place, he is the real deal. He has also NEVER, and I mean NEVER had a complaint about his work or his work ethic. Legions of junior welders have come and gone (anybody remember Casey Tallon?) promising to have the next greatest hardest core hardtails for Triumphs. Well David has them, nobody else. Why send your money to a guy who is not gonna be in business in 6 weeks? Send it to David (through his retailers) and be guaranteed he is not gonna get behind and you are gonna have to ask for your money back or call him out over the internet. Dig it bitches. 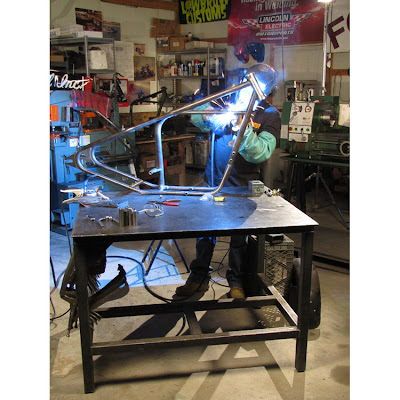 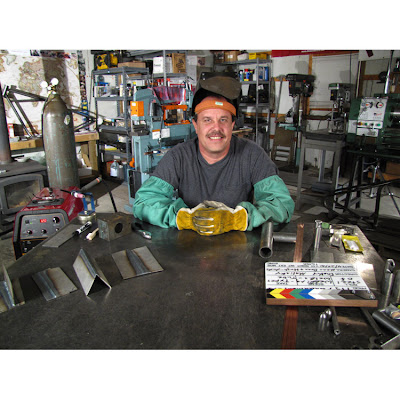 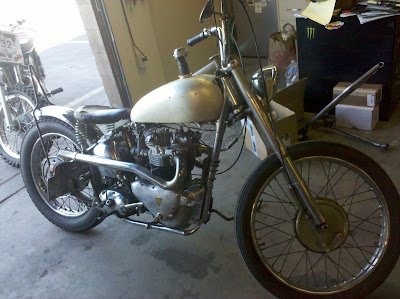 I have been without a personal ride for a while, just too damned busy to work on my own stuff, especially once I get race fever starting in April. The plumber with leaky pipes, the cobbler's kids have no shoes, what the hell ever you wanna say. But it is 2011 and time for me to be riding my 1950 again. I wore out my hopped up 650 motor, and I mean wore it out, flat cams, junked journals and finally a bad hole in the number one piston. Thanks Jeff for pegging me five miles home that nite. But now with the help of my friends, Sonny Routt, Kenny Harmon and Frank Brewer, I am NEARLY ready to go for a spirited romp on my favorite bike. New tank, new pipes, and a few other changes too. Maybe new bars. . .
Posted by fouraces at 9:47 PM 1 comment:

Pushrod Technology on the IPhone/IPad

Thats right new technology guys, you can now get the Triumph Rebuild/Maintenance series from the Apple Store!!! How freakin crazy is that?? Right in your garage or on the side of the road.

Triumph Engine Rebuild
http://itunes.apple.com/us/app/triumph-engine-rebuild/id419371791
Posted by fouraces at 10:40 AM No comments: 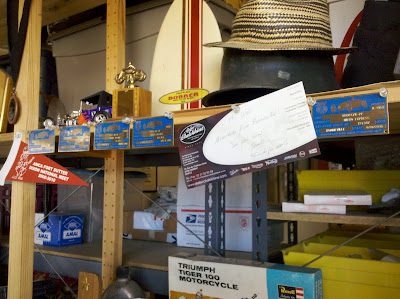 Okay so I have a thing for the French lately. Somebody has to it might as well be me. Cafe GrandMere and Sidi Brahim Red table wine. Sacre Coeur on a Saturday night in 1989. Anyway, before I let the nostalgia of youth run away with me, just wanna let you know to check out these guys in France. Frank is a true believer. http://www.atelier-chatokhine.com
Posted by fouraces at 10:59 PM No comments:

Say what you will about the French... 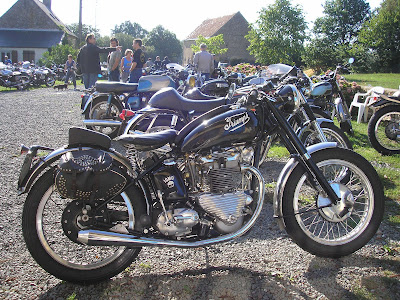 but they have some bad motorscooters. Check out this Square barrell bitsa. Soooo cool. Pastis anyone?
Posted by fouraces at 10:35 AM No comments:

Kris Koenig has a BAD Pre-unit 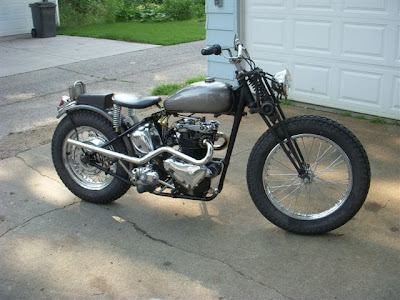 Kris recently called up and needed some fork parts to put a glide front end on this bike. He is giving the girder to a friend, a GOOD, GOOD friend.
Posted by fouraces at 9:36 AM 1 comment: 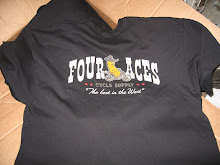 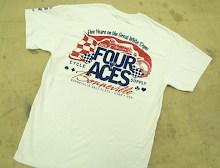